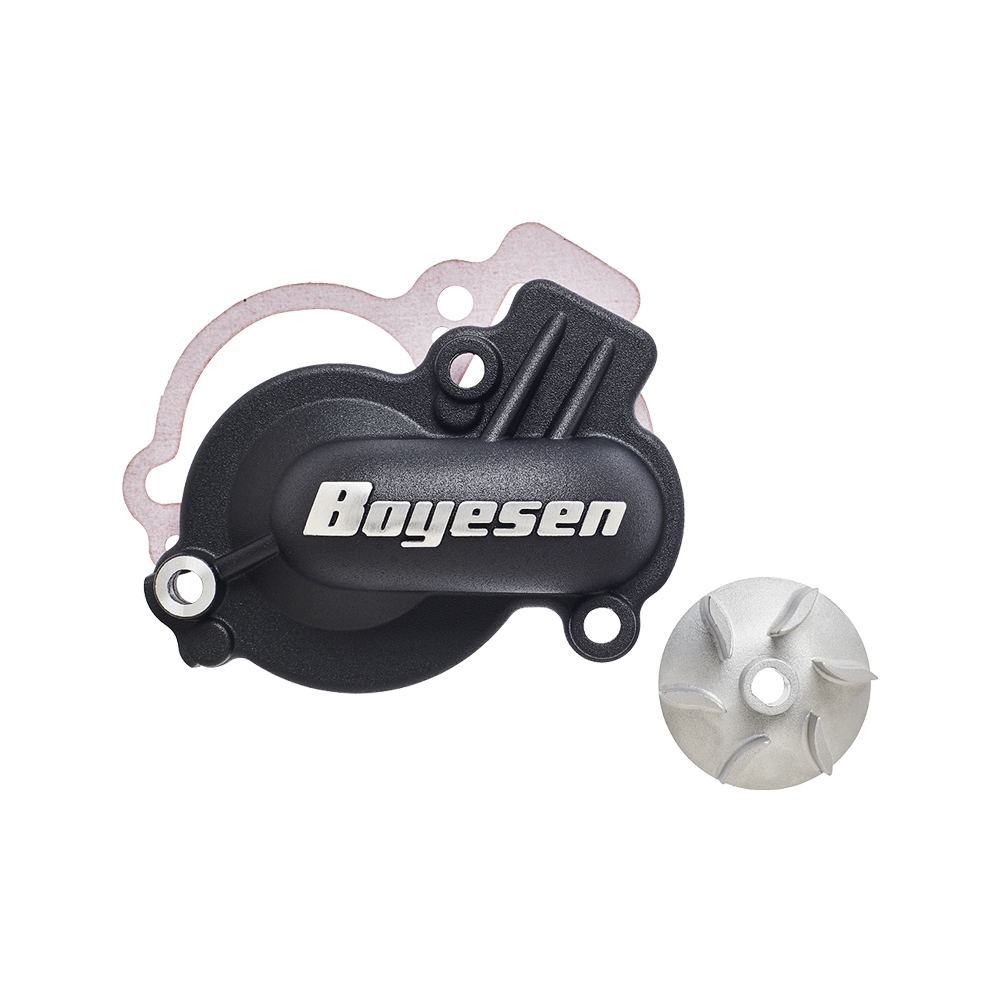 photos are representational: Accuracy is ensured by Part Numbers.

Most people know that when your engine runs hot, it will make less horsepower – but what causes this to occur? In order for optimal horsepower to be generated, your machine’s EFI system is required to deliver a precise mixture of air/fuel after processing data from sensors located in the engine. This continual process ensures that optimal engine performance is consistent. Taking a closer look into this process reveals that EFI equipped engines use ECT (Engine Coolant Temperature Sensing) to deliver moment-to-moment coolant/engine temperature data to the ECU. The Engine Control Unit (ECU) uses this feedback to continually factor your machine’s engine temperature and make on-the-fly adjustments to ignition timing, and air/fuel mixture (as a percentage of +/-) from the pre-determined, optimal air/fuel mapping.

When the ECT sensor detects excessive engine heat and transmits this data to the ECU, the ECU automatically retards timing, and richens the air/fuel mixture. This is done in order to bring the operating temperature of the engine back down to its optimal operating temperature. It is a pre-programmed fail-safe condition and it is the way your bike has been designed to protect itself from heat-related engine failure.

When the ECU adjusts into fail-safe mode this has a direct impact on how much horsepower your engine is ALLOWED to produce – this is largely based on the temperature of your machine’s engine at any given time and is why controlling engine temperature is emerging as one of the most important aspects of engine tuning. By reducing core engine temperatures your machine’s power characteristics will be optimized and your engine will not be forced by the ECU to reduce its horsepower output in order to protect itself from overheating.

What is HFI? Otherwise known as Hyperflow Integration, HFI represents our holistic approach to improving the efficiency and flow rates of your bike's water pump systems. Like any project at Boyesen, HFI is an engineering design process that is rooted in researched and tested performance. It is the driving force behind why the Supercooler works so well. HFI is the backbone of each Supercooler's final design and it is based on the process of correcting the in-efficiencies and production-based limitations found in the design of stock waterpump systems. For each Supercooler made, our Engineers apply ongoing research and development processes that yield the greatest increases in cooling performance for each make/model/year of machine in the following areas: Inlet Diameter Capacity Hydro-dynamically Optimized Interior Surface Modeling Hydro-dynamically Optimized Impeller Design and Function What's the result of the HFI design process? Superior fluid flow rates, increased hydrodynamic efficiency, and superior heat management capability yields the best performing water pump system that you can buy. Simply stated, HFI innovation has been recognized worldwide by factory race teams as the technological benchmark in bolt-on engine heat-reduction performance.